The Pride of Jodhpur

Jodhpur is popularly known for its famous Mehrangarh Fort History. Rao Jodha – the ruler of Mandore built this famous fort of Mehrangarh in 1459. Mehrangarh fort was earlier known as Mihirgarh which is made of two words; “Mihir” which means sun deity and “Garh” means fort. Sun deity is said to be the chief deity of the Rathore dynasty. There are various Mehrangarh fort facts which make it a pride of Jodhpur. The fort is not only historically significant but also has architectural importance.

The fort is massive, enclosed with thick walls and sprawled over a large area. The fort is situated 410 ft. above the ground level. Within the fort, there are several other palaces built to serve different purposes and there are many beautiful carvings inside these palaces. The fort spreads over 5 kilometers above the hilltop and one can have a full view of the city from the fort. 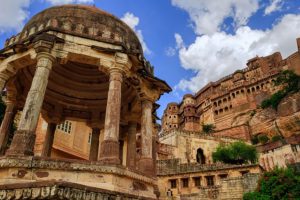 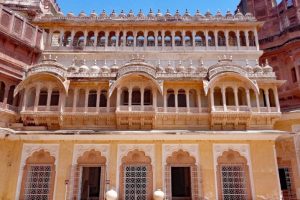 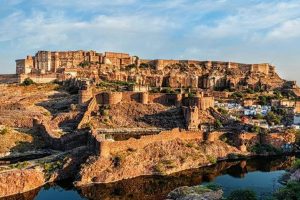 There is a famous story of the curse inflicted on the fort by a hermit whose effect can be seen even now.

The story has a special place in Mehrangarh Fort history. Long time ago there was a hermit known as Chiraya Nath Ji who use to take great pleasure in feeding birds. So when Rao Jodha decided to build the fort on that land, it agonized Chiraya Nath Ji. He was even barred by the royals from the place. Chiraya nath ji could not take this insult and cursed the king and the royal fort. He cursed that the fort will suffer with severe scarcity of the water and will be inflicted by the draught. Although the King tried to pacify the hermit in various ways but could not undo what had been done. Since then, there has been draught condition every third year.

A Cultural and Architectural Extravaganza

Mehrangarh fort Jodhpur is built over five hundred years. The architecture is a mix of various transitions that is a result of gradual developments with time. These varieties are very much visible in the details of the fort. Since Mehrangarh fort was ruled by many rulers and also withstood many attacks, the construction in fact took place in phases to fulfill the need of the time. Also with the change of rulers there was change in needs but what remained intact was the cultural heritage, the pride of rathores. It is very evident from the exhibits in the museum that they were proud of the blue blood and had a distinct style in everything they possessed. 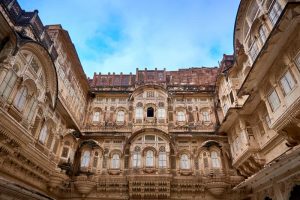 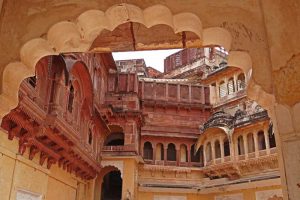 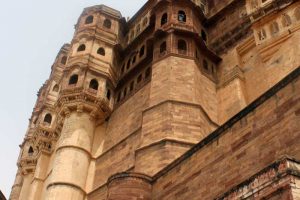 Mehrangarh fort has a very nice museum inside the fort which has everything one will find necessary to understand the Mehrangarh fort history. The fort has special galleries specifically for particular objective. There is Armory section that displays rare collection of armour from every period in Rajput history, Daulat Khana which consists of best-preserved collections of fine and applied arts of the Mughal period, gallery of paintings and an intriguing turban galley which displays different turbans prevalent in Rajasthan. Also different heritages like elephant howdahs and Palanquins, royal cradles, miniatures, musical instruments, costumes and furniture are also preserved for public display. Mehrangarh museum is very well maintained and is one of the key attractions of Mehrangarh fort. 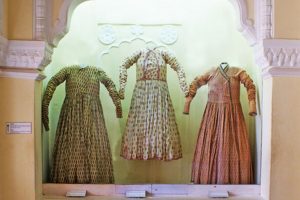 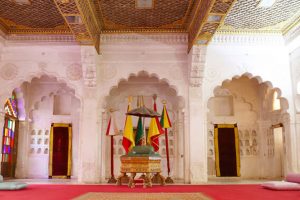 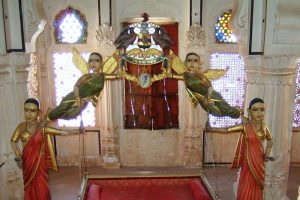